Baby, you can't drive my Car. Especially in Memphis. 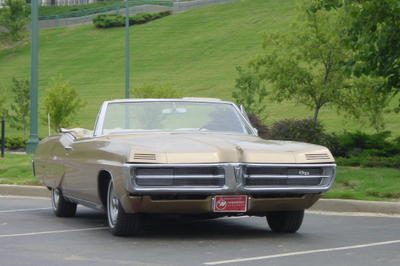 The thought of everyone driving like me sounds very utopian, for me at least. We would always wear our safety belts. We would always use turn signals. We would make sure all of the lights/indicators work on our cars. We would avoid "wolf packs" like we were taught in driver's ed. Tailgating would be avoided because driver's ed also taught us to allow a "car length for every 10 miles per hour" between us and the car in front of us. If we realized that we were about to miss a turn, we would continue around the block -- rather than stopping traffic to wait for a clear opportunity to make an illegal turn across five lanes of traffic in our ragged-out, smoking, registration expired, likely uninsured pieces of junk.

We would not cut anyone off -- ever. When exiting a parking lot or entering traffic from a side street, we would look at all of the traffic -- not just the space between us and the next car. So very often some idiot will pull out into traffic without any hope of accelerating fast enough to keep oncoming drivers from having to engage the anti-locks or swerve into another lane to keep from hitting them. And, of course, there's never anyone behind the car that the idiot pulled in front of -- for miles.

There would be no morons who seem to have flunked logic class: there is a set amount of braking distance available when approaching a stop -- largely depending on the vehicle being driven. Cutting in front of a large moving object greatly reduces the braking distance within which it has to stop unless being smashed into the intersection of crossing traffic is what 's desired. I think I understand how the semi-tractor-trailer drivers feel after they've run over someone who has cut in front of them.

We wouldn't drive giant SUVs unless we frequently traveled unpaved irregular terrain, like in the commercials for the stupid wastes of plastic, steel and fossil fuels. What is the purpose of having one of these monstrosities if the only surface those tires are going to contact is concrete, asphalt or gravel? I mean, come on! I have a friend who lives in rural Arkansas and does just fine driving his Cadillac on a gravel/dirt road between his farm and the state highway. A trip to Target, Piggly Wiggly or WalMart isn't going to require 4-wheel drive traction and enough cargo space to haul a fully-equipped kitchen over creeks and brambles. The biggest roadblock likely encountered by any driver is another idiot on a cell phone driving a giant SUV.

We wouldn't choose talking on the cell phone over driving while behind the wheel. If the call is that damned important, can anybody say hands free? What can be more important than driving when you're behind the (expletive deleted) wheel!?

Then, of course, we would not allow DVD players into the mix. Have we lost our minds? Apparently, we've lost all ability to rear our children without enlisting the help of the almighty screen. What happened to coloring books or road trip games to engage the imagination while traveling by car? Some of my fondest memories involve my sisters, brother and me in the car, traveling together with one or both of my parents, singing songs, talking, interacting. Being a family. Conducting activities that don't distract the driving parent. No, today, it's park your child's overweight butt, Twinkie or a Big Mac in hand, in front of a screen and ignore them.

Is there a vitamin supplement for that?

As I sit here pondering this whole blog thing, I am also considering the two, full, legal-sized pages that are my incomplete "things to do" lists -- one for work and one for home. The work list takes care of itself because I live by the almighty deadline. But, the list at home contains such things as "hang gutters, install storm windows", and "bar lighting". I think I have ADD. I can't seem to stay focused on any one thing long enough to complete it. So, I am making a conscious effort to whittle away at the list.

I find it incredible that these drug makers can legally put drugs on the market that cause the ridiculous lists of side effects we're subjected to at the end of one of their uplifting, life changing, 30-second fairy tales on TV where we see some brainwashed idiot running through a field of daisies with nary an allergy problem or animated white blobs of emotion go from sad to glad. Yeah, buddy. I really can identify with a white blob.

Too bad they don't show the whole story, you know, Depends and all.

Ok. I've diverted long enough. Time to get back on that illustration I am working on.
Posted by David at 11:43 PM No comments: