Kate Hopkins, http://www.accidentalhedonist.com/, suggests creating a clearinghouse of food and beverages that contain it. Health horrors and corporate greed are debated at http://www.menstuff.org/issues/byissue/highfructose.html.

Although I've avoided a lot of processed food in the past, watching "Super Size Me" disgusted me to the point that I went through my entire kitchen to rid my pantry of anything with HFCS in it. I rarely ever eat fast food, and I cook at home rather than eating out. But, there a are still a few things I'll rarely indulge in, like an occaisonal Coca-Cola or Mountain Dew, but most everything else is outta here. 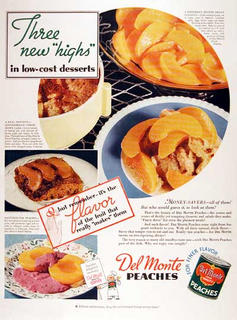 I think it's funny that what used to be regular back in the sixties, is now light. Like DelMonte Peaches, for instance. The "regular" has twice the calories and contains HFCS, while the light version contains sugar, instead. For the last ten days, my nephews-in-law were here for a visit. I wanted to make them a pie and I needed a graham cracker crust. I normally avoid pre-packaged and/or convenience foods, but because I was pressed for time, I considered a store bought graham cracker crust. I found HFCS on the labels for both Nabisco Honey Maid Graham Cracker Crusts and Honey Maid Graham Cracker Crumbs. I gave up and bought berries and natural ice cream.

I'm sure, at least for the moment, our livers are thanking us. Read up on HFCS. It'll change the way you look at shopping for groceries.
Posted by David at 4:27 PM