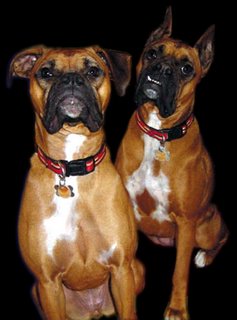 I went home last night and Cameron, who historically hasn't cooked much but has worked really hard for several weeks to give me a break from it, had dinner prepared. All I had to do was cook the already prepared pork chops. And, there was a martini on the bar and a second one in the freezer for me. Doris and Billie had baths and the entire west side of the house (kitchen, dining room and living room) had been cleaned from top to bottom yesterday. Everything sparkled. It was so nice.

Then, this morning I woke up 1/2 hour later than I had planned. I had an 8 AM dermatologists appointment. I frantically let the dogs out and feed them, make coffee, grab a clean pair of black khakis from my closet, shower, shave and begin to get dressed. DAMN! These pants have been worn twice and now the button is missing. I don't have time to find something else, so I throw on a belt and a nice shirt that I can leave untucked. I race out the door with a little more than 20 minutes to get to the doctor. I've never been to this doctor so I sort of don't know where I am going, but I know where Park Avenue is and I can read address numbers. It'll be ok. I am driving out east to my doctor's appointment to have a sometimes painful derma-fibroid-something or other scar removed from my leg.

The address is 6005 Park Avenue. Driving east on Park the numbers skip from 5999 to 6500. WTF?! So I'm late to my appointment because I passed the place two or three times before I ventured on a road named differently than the address on the building -- 6005 PARK is actually on the portico in front of the building in two and a half foot tall numerals and letters. BUT IT'S ON PRIMACY PARKWAY. Ugh. At least they had free valet parking. That saved me a little time.
Posted by David at 12:25 PM