OK, now for the rest

So here's what that was all about. My 1967 Grand Prix (featured on digmygp.blogspot.com) was chosen as Classic of the Month at ClassicPontiacs.com. http://www.classicpontiacs.com/ClassicoftheMonth/2006_march.html

The ADDY thing was this: work I did for Memphis in May won 6 ADDYs at the local level. Now, I've learned that 5 of the entries won at District. And, finally, I'll be going to San Francisco in June to accept the one National award that we won. How fun is that? 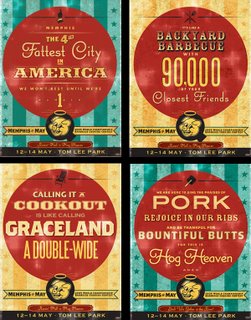 Then the last thing was about Bluegrass Classic bowling tourament in Louisville. Because I'm at a loss of exactly where I placed in Singles and All Events, let's let it suffice to say I did well. Not fantastic. But out of over 260 bowlers I think I placed 11th in Singles and somewhere there about in All Events. It was fun. I didn't do so well at our tournement, here. Time for a new bowling ball.
Posted by David at 5:05 PM